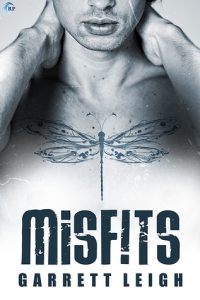 Summary: Restaurant owner Tom Fearnes has loved his partner Cass for as long as he can remember, but their work often keeps them apart. When he meets a striking young man named Jake on the vibrant streets of Camden Town, their heady first encounter takes an unexpected turn.

Jake Thompson can hardly believe his luck when he wakes up in Tom’s bed. Tom is gorgeous, kind, and . . . taken. Tom’s explanation of his open relationship leaves Jake cold, but Tom is too tempting, and when hard times force Jake to accept Tom’s helping hand, he finds himself between two men who’ve lost their way.

Cass Pearson is a troubled soul. He loves Tom with all he has, but some days it feels like he hasn’t much to give. Jake seems like the perfect solution. Cass risks everything to push Jake and Tom together, but Jake resists, wary, until the darkness of Cass’s past comes to call. Then Jake finds himself the last man standing, and it’s time to dig deep and shine a light for the men he’s grown to love.

This is one of those novels that have been gathering dust in a folder in my laptop. Or rather have been gathered. By me. And not read. Well, no more, because it’s time for a deeply needed spring clean-up. I’m shocked, utterly shocked, to discover that this novel, among others, had been sitting in a folder for five years before I finally got to read it. What’s wrong with me?

But leaving that aside.

Misfits is the second M/M/M novel I ever read (the first being, of course, 3) and I really, really liked it. The plot is pretty straight forward, Tom meets Jake and he’s attracted to him, turns out Jake is attracted to Tom as well, but he finds out Tom has a partner, Cass, and basically flips Tom off. But there is something, a nudge that won’t let them be. Tom loves Cass more than anything and Cass loves Tom just as much, so how does Jake fit in this equation?

Truth be told no one really knows, but they are determined to find out. Tom and Cass have an open and honest relationship, they fool around and they talk about it, there’s nothing that could endanger their relationship. If anything, Cass just has to say the word and Jake is all forgotten about. But Cass sees Tom’s interest in Jake and encourages him to seek Jake and to fix him. In the end it’s not Tom who does the fixing, but he sure helps.

After a series of events, Jake finds himself in need of help, and although his proud and stubborn self doesn’t want to, he turns to Tom. While trying to figure out how to help Tom is completely honest with Cass, letting him know what he is doing and receiving his partner’s support. Naturally, things get complicated from then on.

This is not an easy relationship. Jake can’t just throw himself in between Tom and Cass and I liked how things evolved gradually. All three of them took all the time they needed to get accustomed to each other and I liked Cass’ patience. He was just being himself—as it should be—and that did the trick, allowing Jake to get comfortable around him and get to know him.

All three men have distinct personalities, and the author made an excellent job at offering a side of each of them. It was also interesting to see how they fit together, how they interlocked and moulded to each other’s needs. Tom has an iron hand managing the business and also trying to keep everyone happy. Jake is a bit too proud and stubborn for his own good and not feeling like he’s fitting anywhere. Cass struggles with his dark past and tries to gain footing while commanding the kitchen at the restaurant he’s managing.

It was captivating to see how they dealt with the new situation, and when I say captivating, I mean literally. I spent all night glued to the book, I tried going to bed at some point, but couldn’t stay still because I was too curious to read more and see what’s going to happen next.

Misfits is a thrilling novel, it really keeps you on your toes. It’s not heart-wrenching, it’s not that kind of story, but it does give off just the right amount of tension.

What’s your opinion on Misfits novel? Please let us know in the comments below.