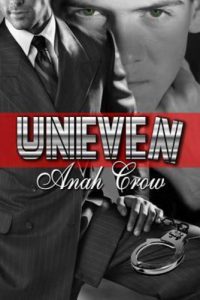 Summary: Rase Illion is a middle-aged captain of industry, a restrained man with a spotless reputation just emerging from the shadow of his vicious, driven father. Since his father’s death, Rase has been living like the old man was still alive, keeping up appearances with his trophy wife and appropriately luxurious house. Which is when Rase meets Gabriel. Gabriel loses his temper during his first meeting with Rase and lashes out, which unleashes Rase’s carefully hidden submissive and masochistic tendencies. His encounter with Gabriel snaps Rase out of his sleepwalking life, and he sets about remaking his world in his own way. Rase isn’t the only one shaken by their encounter, though. Can he convince Gabriel to give their relationship a chance?

At first I wasn’t sure I would like Rase, but wow, how context can turn things around. I also thought that Rase and Gabriel’s meeting was too straightforward, but then I got some context on that too and oh my.

I read a while ago that people are able to tell in the first 3 seconds from meeting someone if they could be with that person (dunno if that’s true or not, meh) and to me it looks like this is what happened to Rase. He saw Gabriel, felt him and that was it, he was hooked.

Rase and Gabriel had some sort of understanding of each other that’s a bit surreal. I’m not sure things work like that, but well, they are so good together, I won’t dwell into it. I loved how careful Gabriel was, even on their second encounter, and I would have liked to get more inside Gabriel’s mind. I am so curious about what his deal is, I craved some conversation between him and Rase on it. Needless to say I am shattered that there is no sequel.

The side characters were great too, they weren’t there only to fill up space (I would like to read more about Allen too), they really had a purpose and that’s awesome!

The sex is brutal. There is no way around it, it is violent, it is raw and it is so damn hot. I loved how Anah Crow wrote the sex scenes, the creativity and the bluntness of it. I have no more words for it, it was pretty darn perfect.

I would like to rate this book more, but I go down a bit because I really would have liked some more background on Gabriel. Other than that, awesome read.

What’s your opinion on Uneven novel? Please let us know in the comments below.