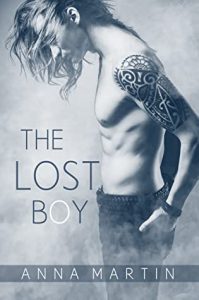 Summary: Five years after his band Ares shot to success, Ben Easton is struggling. He’s holed up in a mansion in Los Angeles while he fights depression and a dark drug addiction that threatens to destroy everything. In a final attempt to save Ben’s life, his best friend Tone does something desperate—he calls Ben’s ex-boyfriend Stan and begs him to help.

Stan Novikov is living in New York and thriving in his career as a fashion journalist. He hasn’t been back to London since he and Ben broke up, but that seems like the right place to go—along with Tone—to try and shock Ben out of his unhealthy lifestyle.

The band have to finish their album before Christmas but without Ben, work has stalled. Ben has to decide whether he’s going to stay with Ares and keep making music, or find another path for his future. One that might just include Stan.

This is the sequel to The Impossible Boy that I liked a lot. I was pleasantly surprised to find that there is a continuation and this time it sets Ben as the main focus instead of Stan, and, though the story is written in third person, it alternates between Ben’s side of the story and Stan’s side of the story.

First things first, I want to clarify, again, that I adore the first book. This installment, however, has been a slight disappointment. I still love the couple. I think there is no one who accepts each other better than they did. But that didn’t fit with why they broke up, and to be honest, the reason is a bit… childish.

I found a lot of loopholes in this story, which, as biased as I am towards the main characters, can’t keep me out from thinking the author could have done differently. There is too much going on and none of the issues are given a conclusion. For example, there is Ben’s drug addiction that is getting better with the help of Stan and people he loves. His anxiety and depression are also taken care of one step at a time. Stan’s confidence in wearing dresses and makeup is back on track as well as Ares’ progress. However, none of these are conclusive at the end of the story. When I flipped to the final page, I said to myself “That’s it?” What happened to Ben’s secret? Did he finally tell Stan? Did the band’s record label let them do what they want? Is Ben finally sober? What happened to Tone’s new girlfriend? Too many questions are left unanswered.

Despite all that, the effort on using heterodox topics, such as gender fluidity, is a good change, since I rarely see it in M/M books I read. I just wished the author had picked one focal issue and went with it rather than jumbling everything together. The book feels rushed and I think the epilogue, though appreciated, is not something I cared about for this book. This sequel is about Ben struggling with addictions and Stan abandoning everything just to put him back together. I want an epilogue on that.

Overall, this novel could be much better. I didn’t hate it, probably because I ship the mcs too much. It could have stopped at the first book, and I would live happily with that. Anyway, it was still a happy ending and I’m glad I know it is done for real now.

What’s your opinion on The Lost Boy novel? Please let us know in the comments below.