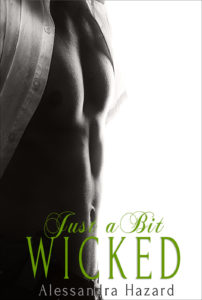 Summary:
He’s sure he’ll never fall for a man…

When it rains, it pours. After losing his prestigious job, Vlad discovers that his girlfriend has cheated on him. Angry and hurt, he’s determined to find her lover and teach him a lesson. When he finds out that her lover is bisexual, it only makes him angrier. Raised by an extremely homophobic family, Vlad is convinced he’s straight and holds nothing but contempt for people who aren’t.
But sometimes contempt and anger can turn into obsession, and then into something else entirely—something Vlad has always considered sick and wrong.

He’s sure he’ll never fall for a homophobic bully…

Sebastian is a successful English model who has always detested bullies. When a man shows up on his doorstep accusing him of sleeping with his girlfriend, Sebastian isn’t interested in being a punching bag. However, provoking a homophobic man is probably not the best idea…or the safest. But then again, Sebastian has never been good at playing it safe.

Things get a lot more complicated when Vlad has to bodyguard Sebastian. Can they stay professional?

They can’t. They bicker and fight, and they hate everything about each other.

Now if only they could figure out how to keep their hands off each other.

After being fired, Vlad returns home only to find out that his girlfriend has been unfaithful.When he goes to face the boy who had sex with his girlfriend, he realizes that Sebastian Sumner is a complete adonis. The “settling of scores” does not end well, so both pray not to meet again. However, fate doesn’t play in their favor and Roman asks Vlad to be Luke’s bodyguard —since he is under the sight of a cult homophobic, that’s how he meets Sebastian again; being forced to protect him since Luke offered to stay at his house until the cult was eliminated. The relationship between Vlad and Sebastian is a constant tug of war, full of a sexual tension that is perceived in the words. Vlad is fighting against himself because of the teachings of his homophobic uncle still make him feel sick every time he wants to be with Sebastian.

In this book we also have a brief mention of the wedding of Tristan and Zach. As well as the theme of versatility for the main couple It is beautiful to see how their relationship progresses, overcoming each obstacle that both have formed. Just a Bit Wicked, is in my opinion, the most “sweet” book of the saga.

What’s your opinion on Just a Bit Wicked novel? Please let us know in the comments below.