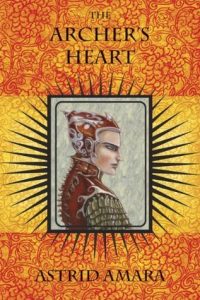 Summary:  The kingdom of Marhavad is a powerful force in the world, ruled by a long existing dinasty and with strong to its old laws about castes and nobility.

Keshan is a nobleman who is convinced that all people are supposed to be equal, but is also more concerned with his own desires and his attraction to the arrogant prince Jandu Paran, than fighting for a cause.

Both Keshan and Jandu will have to finally take rein of their own lives, when the old laws of the kingdom are threatened by a philosophy that is quite close to Keshan’s ideals.

This fantasy novel is quite different by usual fantasy we can find nowadays, and is clearly inspired by South Asian and Arabic culture, both in its descriptions of lands nand kingdoms, and in how magic works in this fantasy world itself.

The story revolves around Keshan, a nobelman who stands out from the rest of the court because of his magic blood and his unusual ideas on equality. Still, he finds himself fascinated by one of the princes, the youngest in line for the throne: Jandu. While the novel narrates the story of Keshan and Jandu falling in love, the romance is surrounded by both political intrigue and adventure.

Keshan and Jandu both have a very long personal journey in front of them, mostly regarding the way society is organized, and the fact that a very sympathetic character is the antagonist of the story: Tarek, from one of the lowest castes, someone who doesn’t believe in the absolute power of the princes. Villains don’t exist here, everything is morally grey.

This novel excels in world building. The world was completely new for me, and yet there is no information dumping, everything was slowly explained organically through the plot, from the dynasties, the philosophies, the traditions.

I bought this book knowing nothing of the plot and I was pleasantly surprised to see that it was about royal succession and pseudo revolution. Not surprisingly, I ended up being more interested in what was happening with the kingdom and the castes than the love story.

I wasn’t particularly impressed with the romantic side of the book, it looked a bit rushed, but by the second part of the novel even that greatly improved, and intertangled with the way both Jandu and Keshan also have to grow. A journey in humility for the prince, and the realization that action is more important than passively talking, for Keshan. The higher the stakes, the more integral to the plot the relationship between the two characters become.

In all honesty, I recommend this book to anyone who loves good fantasy, detailed world building and adventure mixed with intrigue.

What’s your opinion on The Archer’s Heart novel? Please let us know in the comments below.

I am a very picky reader. I enjoy all kinds of books, but mostly queer fantasy, and all kinds of manga. I equally enjoy GL and BL, but my attention span is limited to manga and books... I rarely watch anime!

From my preferences, expect stories that focuses a lot on plot more than romance, and on character development most of all. I also greatly dislike non-consensual scenes (or dub-con), so my ratings will be low for such stories.