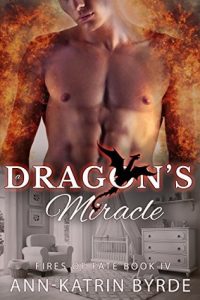 Summary:
Ryan’s life looks so perfect: a steady boyfriend, a great job in a place that he loves, and so many friends. Yet, the sad reality is that Ryan is sick. Really sick. And the only one who can cure him is his boyfriend, who uses Ryan’s desperation to blackmail him into using his job to steal from other dragons. Dragons like Finn. The best of his friends and the sweetest guy he’s ever met. The kind of guy Ryan would like to date, if he could find some way to break the chains binding him to his current lover.

Finn’s had his eyes on Ryan for two years, but no matter how much he wants to stake a claim on the kind-hearted omega, he respects him too much to interfere in his life. But when he discovers Ryan’s bruises, bruises inflicted by his lover, he can no longer settle for friendship and dreams. And his rage only grows when Ryan shares his secrets with him.

Finn doesn’t know how to solve Ryan’s problems, but one thing’s for sure—he’ll do whatever it takes to hold onto the man he loves. Even if it means becoming the beast that lives inside him.

This is one of the first novels that I’ve read after venturing to the M/M genre. Yeah, I’ve read this book first before learning that it’s a part of a series. The story arc, the characters, and the whole drama is just amazing.

I will give it a 5 star if I want but if I do, I will be overlooking the things I’ve noticed right? The story arc is good though it escalated quickly. The characters Finn and Ryan are just so lovable like other dragons! Still it leaves big plot holes: Sky’s father.

I’m not sure if it was solved or I’m just spacing out while reading again. Again, there’s not much of character development and the lack of relation development too made the romance a little. . .shallow.

Still I recommend this book for you guys to read. The complexity of the plot made it more enjoyable. It’s comedy, romance, and fun, playful characters are just too cute. Also, this is a little different from those novels that I reviewed before. This is not too heavy which is great for those who are just beginning to explore the M/M genre but it will still be able to tug the heartstrings and make you feel a lot.

Cry? Smile? Believe in love? I call it all.

What’s your opinion on A Dragon’s Miracle novel? Please let us know in the comments below.