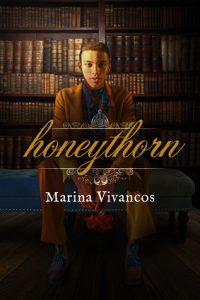 Summary: Omega Milan Pryor knows his duty. He must travel North through the continent towards the snow, the cold, and his new betrothed. They say that Lord Alpha Raphael Ledford, the man he is to marry, is as arctic as the weather of his land. But Milan has always been an optimist. Perhaps he might find friendship in the arranged marriage. Even love.

It doesn’t take long for Milan to realize that all the rumours about Lord Raphael are true. Reclusive, distant, frigid. Milan finds himself unwelcome in what he must now call his new home. He’s used to fighting for what he wants—but can he survive a husband as cruel as Lord Raphael?

My first thought when I saw the cover of this book was; “that is the most gorgeous cover model I have ever seen”. While the summary was somewhat typical for a novel of omegaverse genre, the story was quite unique with steampunk elements integrated into its plot.

The main character, Milan Pryor was not a classic omega type. Sure, he was sweet, nurturing and gentle, but he was also strong-willed and had a good diplomatic talent. Unfortunately for him, his new husband, Lord Raphael Ledford was traumatized by his first marriage and couldn’t see past that to really appreciate what a gem Milan was.

I liked angst in love stories and this book had just enough of it (I wouldn’t mind a little more). The author didn’t make it as the main theme, rather a build-up towards the main event where we were exposed to more of Raphael’s background. I had to admit that I prefer the stereotypical solid and unshakeable alpha characters, but Raphael’s vulnerability was balanced out by Milan’s natural poise and it was a beautiful combination.

Despite the omegaverse genre, there was no actual mpreg going on in this book but the topic was frequently discussed. I would like to see the MCs raising a family in the epilogue, but perhaps for readers who find mpreg a little off-putting, the lack of it might be more desirable.

To me, the story was uncomplicated and mildly entertaining. It didn’t have the quality that made you want to be glued to the book, but I still think it was nice enough to read at least once (I read it twice).

What’s your opinion on Honeythorn novel? Please let us know in the comments below.