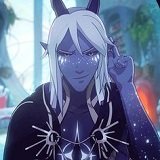 What D&D character are you?