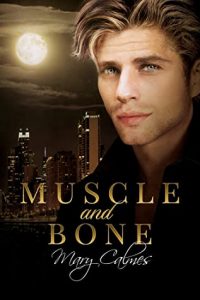 Summary: Avery Rhine isn’t an average homicide detective with the Chicago PD. In fact, Avery isn’t an average anything. Sure, as an omega he knows he’s at the bottom of the food chain, but that’s never slowed him down. He’s got a great life, complete with a loving family and a best friend who’d take a bullet for him, so what more could he possibly want or need? Except, maybe, for the world to change. And to find someone to spend more than one night with, but that isn’t high on his list of priorities. He’s never been one to believe in destiny or whatever else the fantasies sell about there being someone special out there meant just for him.

Then a chance encounter at a party changes everything.

Graeme Davenport has no delusions about finding his true mate. The consensus is that if an alpha doesn’t find their other half by the time they’re thirty, the chances of it ever happening go from slim to none. He’s not a mere alpha, though; Graeme is a cyne who sits at the pinnacle of lupine hierarchy, so he’s obligated by tradition and duty to choose an omega now, sign a contract, and bond with him. Love is not part of the equation.

When Graeme and Avery meet, their fierce attraction to each other flies in the face of reason and logic. Avery’s intense physical reaction to the alpha is something he’s never experienced before, while Graeme, who has always been the soul of discretion, loses all his inhibitions to desire for the man he wants to possess. They are two very different men trying to navigate expectations, separate reason from innate primal drive, and do it while working together to solve a murder.

It will take everything they are to find a middle ground, and to learn to trust in a fated kind of love.

As someone whose favorite series is by the same author of this novel, it was hard to admit that I was utterly disappointed even before I hit the halfway mark. Thankfully, this novel is a oneshot (as far as I know) hence, I was glad to get it over with.

There are so many things about the story that I have issues with. First of all, there is too much going on at once. There is the omegaverse trope (minus MPreg, because Calmes don’t do Mpregs) as well as a murder investigation. The two could go well together, but knowing the author’s style, she goes all out on explaining every single detail, even the unnecessary ones. So, while I was trying to keep up with new terms such as cyne, maion and vraekae, I was also taking notes on the details regarding the murder case. It seems like the author couldn’t decide whether to focus on omegaverse or the crime investigation so the two parts are mashed into one.

I’m also starting to feel bored by the recycled names. I have read most of Mary Calmes’ works and I noticed the names are often reused. They are fancy, creative names – Graeme, Avery, Wade – that appear in her other books unrelated to this one. I understand that sometimes it feels like a waste to use a good name on a minor character. Normally, these characters end up getting their own story rather than appearing in different books as different people. I think I’ve seen “Wade” in three of the author’s books before and I’m tempted to send a fanmail to her together with a list of baby names that doesn’t include those mentioned above.

And finally, I have to say that I dislike Avery. The author is trying to portray him as an antithesis – independent, self-sufficient, badass omega, and nothing of the lupine world affects him. In the end, I only see him as a cocky, privileged son of a somebody who lives in his own world. I feel like Linden’s past wouldn’t be so bad if Avery wasn’t so full of poop.

I have a lot more to complain, but if I have to list every single issue I find out of place in this novel, I would need therapy afterward. Did I mention I was disappointed? That sums it up. As Mary Calmes repeatedly use in her works, “I would rather gargle glass” than picking up this one again.

What’s your opinion on Muscle and Bone novel? Please let us know in the comments below.