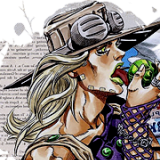 Love stage!! Is gonna be an anime!