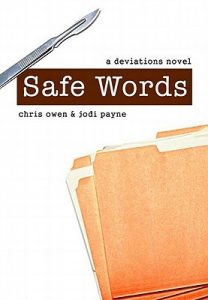 Summary: In Safe Words, which picks up where the Deviations series left off, Tobias, Noah and Phan are all working on finding their place, both at Bradford’s club and in their personal lives. They’re all living together, and Tobias has taken on the roll of full-time Dom, which he loves, but finds incredibly challenging. While Noah finds comfort in the new state of things and is looking forward to deeper submission, Phan is finding it harder to strike a balance. Too many changes happening too fast are making Phan act out, and neither Tobias nor Noah are sure how to deal with it. Life is not perfect for Bradford, either, as he discovers new feelings for his sub Nikki. Can Tobias help his friend, manage his job teaching the other Doms, and his relationships with Noah and Phan, or will the house that he’s built for himself fall down around their ears?

Noah is the only character that kept me reading so far. Then the whole of the fourth book happened and Noah was not Noah anymore. Then the fifth book made me roll my eyes every few pages. With Noah not being Noah anymore, Phantom becoming somehow more of a spoiled brat, and Tobias being full of himself for no reason, there is just no way I can read this.

Noah and Tobias had a really good thing going on at first. They made it work, I liked them a lot when playing or when just being themselves, when in their roles or stripped by rules. Then Phantom came along and it all went downhill. Phantom doesn’t fit with them, he’s more like a kid who needs attention and guidance which made the whole thing disturbing. It also didn’t help Noah and Phantom being referred to as siblings or brothers. In a joking manner (or at least I hope so), but it still made my skin crawl. I cringe even now.

I would have liked for some of the things on Noah’s list in the first book to happen at some point in the series, and only with that in mind I decided to read the last book. I still had hope that they will come up, but I was, once again, disappointed. Why even mention it then? Then there was Noah’s job, so many other options for Phantom, and whatever else came up that was brushed over. I can’t help but wish Noah and Tobias would have broken up, this is the first book that made me wish the main characters would have went separate ways. After a good start of the relationship, Tobias is not good for Noah anymore, he can’t give Noah what he needs, and Noah deserves so much more, so much better.

I should have listened to all the people saying to only read the first three books. Darn. (And why did they go with a completely different design for the last book’s cover?)

What’s your opinion on Safe Words novel? Please let us know in the comments below. 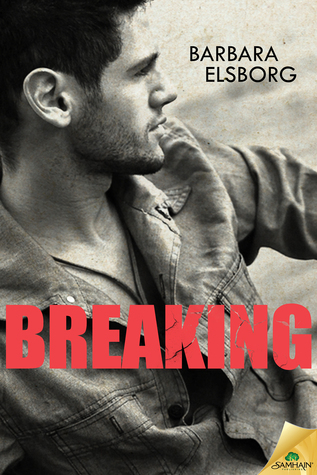