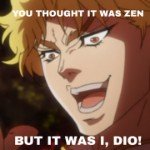 Who Are Seiyuus Who Had Retired Or Never Been in BL Industry?